Secretary Clinton on the finest traditions of the Peace Corps. 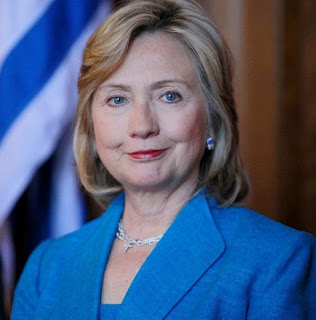 Since 1961, the men and women of the Peace Corps have carried forward our finest traditions of service and embodied the United States’ commitment to forging partnerships and solving problems around the world. Today more than 7,600 Peace Corps volunteers from all fifty states serve in 76 countries, putting their skills and efforts to work on behalf of others. They follow in the footsteps of generations of dedicated volunteers whose hard work has changed lives, created new opportunities, and deepened understanding between cultures. Their example has inspired millions of other Americans to serve their communities through organizations here at home such as Americorps and Teach for America. And for many, the Peace Corps has been the start of a life-long commitment to service and engagement with the world. The State Department and USAID are filled with returned Peace Corps volunteers who draw on their experiences to serve our country and help build a more peaceful and prosperous world.


On this anniversary, we honor the nearly 200,000 Americans who have answered the challenge first laid down by John F. Kennedy a half-century ago and volunteered in the Peace Corps. Let us recommit ourselves to the vision they championed, the example they set and the work they began.
Posted by HILL-FORCE NEWS at 10:00 PM

Labels: Secretary Clinton on the finest traditions of the Peace Corps.